Although 32 million Americans suffer from food allergies, nearly three times that number are impacted in their daily life by food allergies. Recent research from FARE shows that one in four Americans avoid purchasing food that contains the top allergens: milk, wheat, tree nuts, soy, fish, shellfish, eggs, and peanuts. Each of these allergens must be clearly listed on packaging – and recently another food allergen, sesame, has been added to the top allergen list.

In 2021, President Biden signed the Food Allergy Safety, Treatment, Education and Research (FASTER) Act into law. For those who suffer from food allergies the FASTER Act was a significant milestone. This marked a monumental moment for food allergy management, as the FASTER Act recognized sesame seed allergy as the ninth top allergen.

As a provision of the FASTER Act, after January 1, 2023, all food manufacturers are now legally required to list sesame on packaging, ideally giving increased visibility and peace of mind to those who are impacted by a sesame seed allergy. However, the food allergy community has seen surprising changes at favorite restaurants and on packaged foods that may create more questions.

This is an important time for families to understand the symptoms of a sesame allergy reaction, ways that sesame may be listed in ingredients, and the available options for testing, diagnosis, and treatment.

Severe sesame seed allergy reactions may lead to anaphylaxis, which can cause the body to go into shock. Signs of a severe anaphylactic reaction include:

Anaphylaxis is a medical emergency – if you suspect that you or someone you love is experiencing anaphylaxis, call 911 and/or seek medical care, and treat immediately with epinephrine. Children and adults with a sesame seed allergy should always carry two epinephrine auto-injectors to ensure rapid treatment in case of accidental ingestion or contact.

Anyone with a severe sesame seed allergy should also have a FARE Food Allergy & Anaphylaxis Emergency Care Plan on hand to provide quick guidance during an emergency.

Comprehensive food allergy testing and diagnosis includes four steps. To clinically determine whether you have a sesame seed allergy, your allergist may require some or all of the following tests:

A safe and low-risk test in which the skin is lightly pricked with a suspected allergen. This can result in a raised bump or hive, with more severe reactions pointing to a greater likelihood of an allergy.

Measures the amounts of IgE antibodies that the immune system has deployed as an allergic response to sesame seeds.

This is a gradual, step-by-step process in which the patient consumes small amounts of a suspected allergen over 3 to 4 hours. Because severe allergic reactions can become life-threatening, this is performed under the supervision of a trained clinician and only when a patient is deemed likely to pass.

Sesame seed allergy has shown a marked increase in prevalence and severity across the U.S. This increase in IgE-mediated sesame seed allergies may be attributed to an increase in popular products that contain sesame seeds and sesame oil. In particular, a renewed focus on health has brought increased use of sesame seed oil and tahini (sesame seed paste), which is considered to be a healthy cooking oil and is heavily used in vegetarian dishes, salad dressings, and a wide range of Asian and Middle Eastern cuisine. 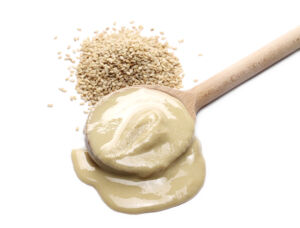 Sesame seed is not always easily recognizable in recipes and ingredients, since it can be listed under many different names across cultures. If you or someone you love is affected by a sesame allergy, take care to avoid the following ingredients: 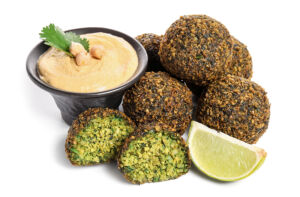 Sesame seed is now officially listed as one of the top nine food allergens in the U.S. Food manufactured after January 2023 is legally required to include sesame on packaging, if it is included in the ingredients or produced in a facility with sesame present. This means that those with a sesame allergy should pay particular attention when consuming the following foods which may include sesame:

Interestingly, sesame oil is also often used in cosmetics. This may include lip balms, soaps, lotions, ointments, moisturizing creams, and eye products. Sesame oil may even be used in pharmaceuticals, such as testosterone or progesterone injections and certain medications used to treat schizophrenia, among others. Those with a sesame seed allergy must be cautious when choosing these products to protect against accidental contact or ingestion.

Oral immunotherapy (OIT) has been shown to be a safe and effective treatment for sesame allergy. OIT minimizes reactions to contact with food allergens, protecting against accidental exposure and empowering patients to eat a balanced, full diet with confidence.

OIT works by gradually exposing the patient to small doses of allergens. Over time, this desensitizes the body and helps to retrain the immune system, decreasing adverse allergic reactions. For many people, OIT not only introduces a broader diet and decreases sensitivity, but it also provides dramatic improvements in overall quality of life. Patients are often happier, more confident, and experience significantly less stress about food allergies after undergoing OIT.

At Latitude, 92% of our patients who have undergone OIT have reached maintenance dosing for their allergens. Our experienced team provides oral immunotherapy to treat sesame allergy alone, or for patients who are allergic to multiple foods, we treat sesame alongside their other food allergies.

Are you or someone you love impacted by a sesame allergy? Take the next step toward better health and better quality of life with Latitude. Contact us today to discuss your testing and treatment options